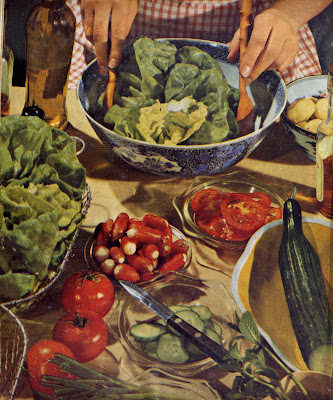 When I was a small child a man called at our door, he was selling a cook book. This was no ordinary cook book, it had every recipe ever invented, and was the most comprehensive cook book ever made. I believe it was later sold as 3 separate cook books.

This was sometime around 1964/65, and it was £25. The average weekly wage at the time was £11-£16, so it was very expensive, and had to be bought on HP! My Mother and Father were death against HP, and never bought anything on HP unless it was absolutely necessary. The only other household item I remember them buying on HP was a fridge.
It is called “Good Housekeeping Cookery Compendium”, and was published by The National Magazine Co. Ltd. It was first printed in 1952, and the edition we bought was published in 1964. It has 640 pages packed with recipes from the most basic “how to boil an egg”, to the most elaborate wedding cakes. 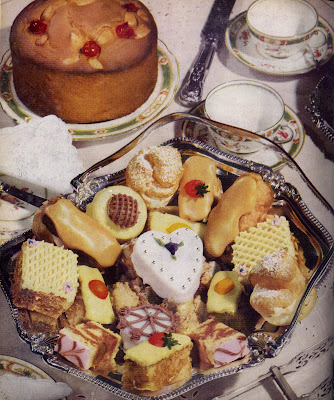 It is full of pictures, and full colour plates, the cover is mad yellow, and from it first came into the house we called it “The Big Yellow Cook Book”.

My Mother was never a woman given to spending money recklessly, she really must have wanted that cook book to put my father in so much debt at the time. When she died last year (June 2010) the receipt for the cook book was in her “important papers” pile. She really must have felt that the book would have to pay for itself. When she bought it she was a stay at home housewife. She then got a job as a junior cook, and worked her way up to Head Cook, she made extra money making wedding cakes. As the years rolled on, she acquired many cook books, but the Big Yellow Cook Book was used for decades.


My Mum had a big heart, and she just loved nurturing and looking after people, she just loved cooking, and having people round to eat, she could easily set a fantastic three course meal for 16 people on the table. In her last few years it pained her that she was not fit to entertain the way she used to. At the time of her death my Son was living with her, and all his friends have fond memories of the smell of bread and buns baking every time they called.


The Big Yellow Cook Book not only paid for itself, it inspired her to take up work that meant our family lived like kings, we took for granted all the amazing home made breads, cakes and meals. Until the day she died there was always a wee fruit loaf, wheaten bread or something cooking in the oven. The day before she died men put in a new front door, even though they were being well paid, and tipped, Mum seen men coming to the house as an excuse to make something extra special to feed them, and she made them meringues, topped with fresh cream and strawberries.
I am going to use this blog to share my favourite recipes from The Big Yellow Cook Book, and I will start today with the recipe for cheese scones. 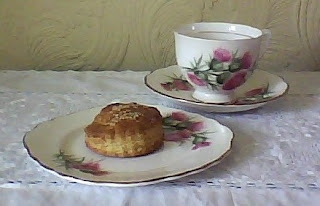 Pre-heat oven 450 oF; gas mark 8
Sieve flour Bicarb of soda and Cream of tartar, and rub in fat.
(I don’t bother sieving and they taste just fine)
Mix in grated cheese, mustard, salt and pepper.
Add milk to make a soft dough.
Turn unto a floured board, and roll out to ¾ on an inch thick.
The recipe says to form into a round and cut into triangles, or cook whole in the round, but I use a scone cutter.
Glaze with beaten egg (free range) or milk, place on a greased baking sheet and bake for about 10 minutes.
Cool on a wire cooling rack, serve with butter and water cress.

My own tips, after glazing with the egg, I might top with flax, poppy, sesame or linseed. A little sprinkle of paprika is nice also. I have served them with salad, honey, cheese, smoked salmon and various other things.
Experiment and enjoy. Should you have any left the day after cooking, (unlikely)  they are lovely toasted and served with honey.
Sandra Barr 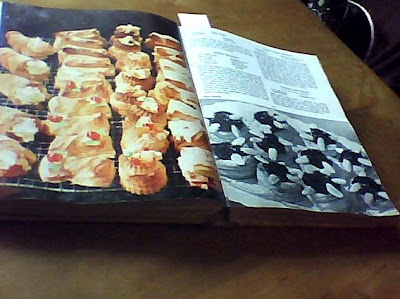