There has been an odd collection of things grabbing the headlines over this last few weeks, on the face of it they do not appear connected, but common threads seem to tie them together, I have not blogged in a while due to being very busy with other things, but I felt it important to make the time to document the odd collection of news stories that have been hogging the front pages and internet sites.


Over this last few weeks I have been asked over and over for my opinion the Ice Bucket Challenge, I have seen other peoples take on it, but so far no one seems to have the take on it that I have.

It’s all about the HEAD, James Foley, allegedly decapitated, ISIS beheading people in the street, this is all in Syria, and what is their objective in Syria? They want to depose the HEAD of that country Bashar al-Assad! In order for them to take over countries, they first have to separate the people from the HEAD of the country, Saddam Hussein, hung, Maummar Gaddafi, shot in the HEAD, then the people are like headless chickens! No HEAD to guide them, puppet governments are then installed, and as bad as they are, a bad head is better than no head! 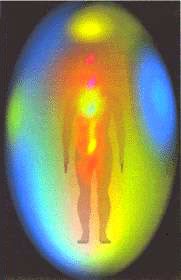 I am a qualified Reiki practitioner; the auric field protects us, if it is disturbed, broken or separated from us, then we feel lost, disorientated and confused, it can be damaged in various ways, a sudden shock, a car crash or physical injury can damage the auric field. This is just a few examples; there are many things that can damage it.


The head is home to three chakra points, the throat, the third eye and the crown, the word “crown” has many meanings, a persons crown is the highest part of their body, those with spiritual or religious beliefs think it is where they are connected to God or the Angels, of all the chakra points, the Crown is considered the highest. 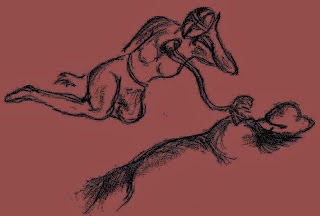 There are other things in the metaphysical world that this may be about, ice being poured on the crown chakra could make an opening through the auric field, and this could leave the person open to psychic attack, or even worse, possibly some kind of possession. There are more things in heaven and earth than we can fully understand, but you can bet that the people who plan these things understand them.
A psychic tap can be put on a person, this is where their energies are drained, psychic taps are like an invisible rope going into the person and it drains them, all that is needed to put one in place is a sufficient portal through the auric field, the crown chakra being a favoured area to place one. A psychic vampire is the name given to people who place these taps.
Shadows Magic Place,  Interesting info on psychic vampires. 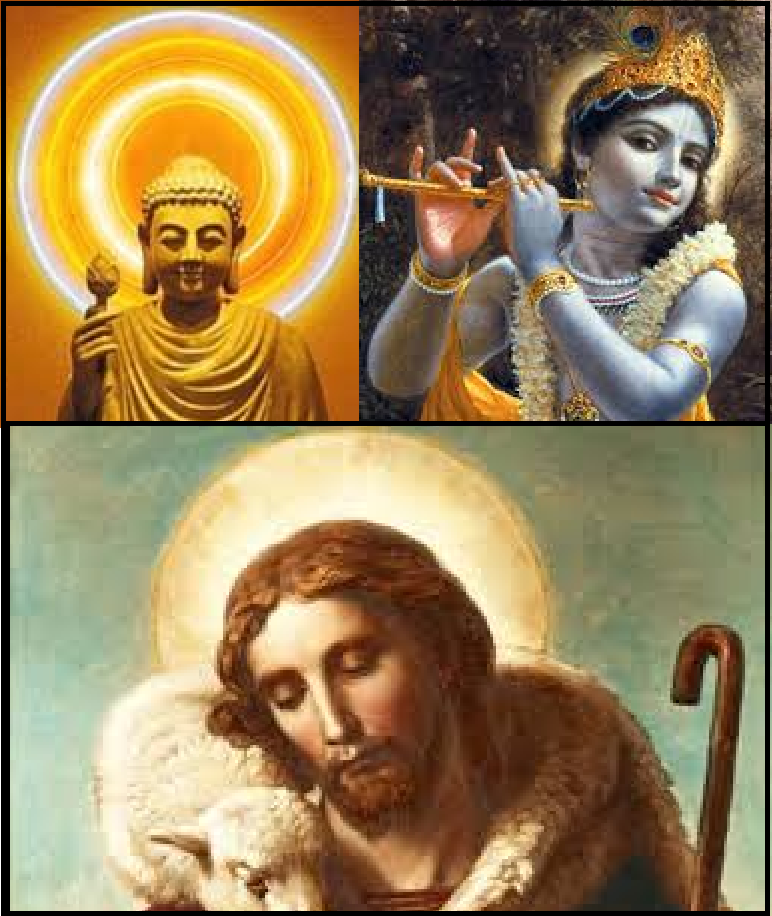 Jesus, Krishna and the Buddha are just 3 religious avatars who are usually depicted with a golden halo, this is probably because of their Sun God status, but it also reflects the golden aura around their heads, if you had a golden aura around your head, do you think it would help that beautiful aura if you chucked a bucket of icy cold water over it?

The Crown also refers to the HEAD of state in the UK. The word Crown comes from the Greek Cronus, one of the earliest Sun Gods, his Roman equivalent is Saturn and he ruled over Greece’s Golden Age.

Have you ever had someone slip and ice cube down your back? It makes you shudder to your bones, its quite a shock to the system, a bucket of icy water thrown over the HEAD can completely smash the auric field.


Approximately 65% of our body mass is water, we would die without water, it is essential to life, however water can also kill, if you were plunged into icy water you would die within  minutes from hypothermia. Getting icy water chucked over your head is hardly the same as being submerged in icy water, but the sudden change in body temperature will most defiantly affect you. 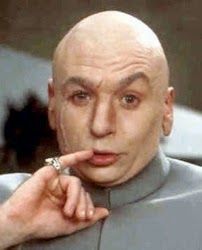 Now, saying you were an evil bastard and you ruled the world, your planning something big….but the millions of do-gooders on the planet might collectively be a threat to your evil plan, so you have to devise a way to disable them….if you were really clever you would think up a way to get them to disable themselves!


So, you devise a plan and target people who like to help others, people who will step up to the plate, and sign themselves up to partake in your plan, because they believe they are going to be helping people with an awful disease. Then you get a bunch of A listers and dignitaries to perform the challenge, knowing that the herds will do it because of their influence.

And haha…bingo, your plan goes viral and millions of do-gooders all over the planet disable themselves by either smashing or damaging their auric field. Getting icy cold water over your head would be enough to damage the aura, frequently the recipients also seem to get hit with the bucket! 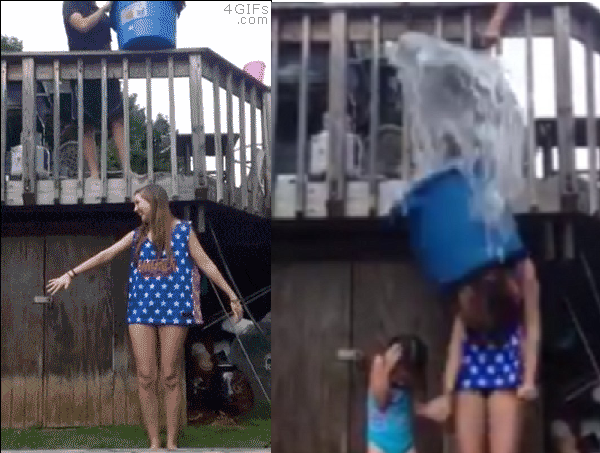 A lot of people think this is some kind of baptism, some kind of mass ritual cleansing, it was John the Baptist who invented baptism with water, John was famously beheaded, and his head served on a silver platter to Salome and her Mother Herodias, so yet again we have the head separated from the body! Christians believe that baptism washes away sin, the Jews believe that John’s baptising was for those who were already pure, the baptism did not wash sin away, it was just a ritual cleaning for the bodies of the already pure. 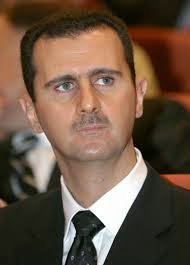 As we all now know, Mossad and the US are funding terrorists in Syria to depose the HEAD, Bashar Assad, people have naturally likened the Ice Bucket Challenge to John the Baptist, and some kind of ritual cleansing, John the Baptist has two feast days, the first is the Summer Solstice and it celebrates his nativity, the second is August 29 and it commemorates his beheading and death. August 29 is the date it is commemorated in the Julian calendar, in the Gregorian calendar it was marked on 9/11 (September 11).

So we have September the 11th as a day dedicated to Saint John the Baptist, as we know September 11 was the day they chose for their most deadly attack on the WTC which lead to the Middle East wars….now, do you want to hazard a guess as to when Basher Assad was born? You got it, September 11, 1965! And he HEADs the Ba’ath (bath/water) Party.


John the Baptist is famed for 2 things, baptism by water, and having his HEAD cut off. This whole Ice Bucket thing has peaked before and after the feast day of John which commemorates his beheading, not his birth, I do believe this phenomena was well planned, it did not happen by accident, and it is indeed an occult ritual, when people preform rituals, it is to achieve something, I think people have been conned into this ritual so as they will have success in Syria, and the HEAD will be severed from the country.


When you got a bunch of reprobates like Gates, Cowell and Zuckerberg promoting something, you do not go “Who-Hoo, I gotta do this”. The correct response is “why would this mega, mega rich, top elite band of people want me to chuck ice on my head”!

A few other interesting snippets about the Ice Bucket Challenge. 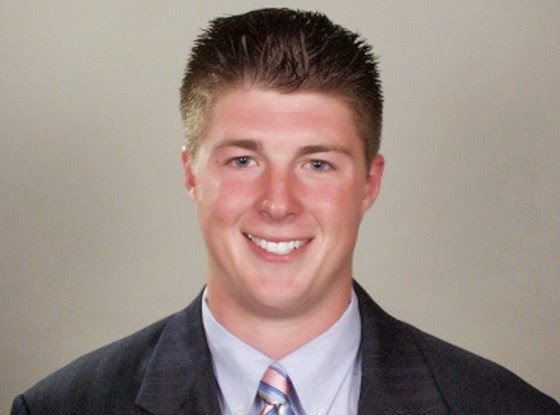 On Saturday August 16, Corey Griffin drown, 27 year old Cory is credited with helping the Ice Bucket Challenge go viral globally.
At 2 am on Saturday morning he apparently dived of a building at Straight Wharf, at Nantucket Massachusetts.
On the Friday night he had been on Nantucket Island for an ALS fundraiser where he had helped raise $100,000 for his friend Pete Frates who suffers from ALS.
According to the police report, he floated to the surface, then went under and did not come up again. An off duty life guard recovered his body, and at 3 am he was pronounced dead after being taken to a local hospital. LINK 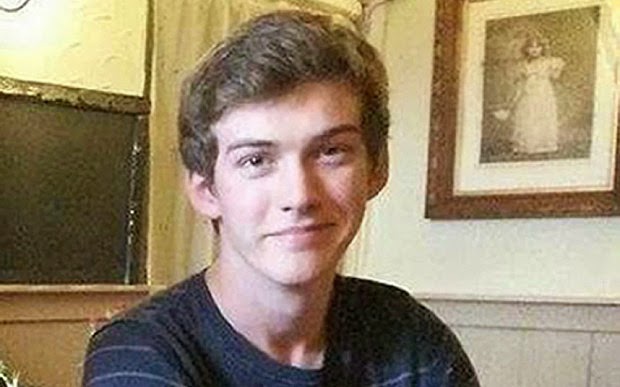 On Sunday August 24 18 year old Cameron Lancaster drowned at Prestonhill Quarry in Inverkeiththing Fife, it is believed that he took part in the Ice Bucket Challenge, and then jumped into the Quarry, an eye witness reported that he jumped in and never came up. Emergency services recovered his body after a 4 hour search. LINK 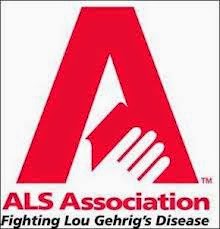 To the left, AlS Association logo!
emmm, looks like a big Illuminati pyramid to me!

The ice bucket challenge has raised at least £250,000 for the UK Motor Neurone Disease Association and $62.5million (£37.7million) for its equivalent the ALS Association in the US.

So where exactly is all that money going?
The following is from ALS 2013 tax returns!


Please take the time to read the full analyses of the tax returns, it is a complete and utter misappropriation of funds donated to an organisation that people believe to be charitable!
LINK

One of the main beneficiaries of the Ice Bucket Challenge has been named as ISIS pharmaceuticals.
Given their pyramid logo I presume they are named after the Egyptian goddess and not the CIA/Mossad terrorist group, accredited with the fake beheading of James Foley.

A ritual baptism of water has been played all over the globe for weeks now.
And John the Baptist said “I Baptise you with water, the one that will come after me will Baptise you with the Holy Spirit and FIRE”!

Update 15/04/2015
On Sunday  April 12, 2015, Kanye West was in Armenia with his wife and daughter. He gave an impromptu performance and jumped into a pool called "Swan Lake" . The pool just happens to have crucifixes around it. The mindless hoards  jumped in after him.  Mass baptism! Link 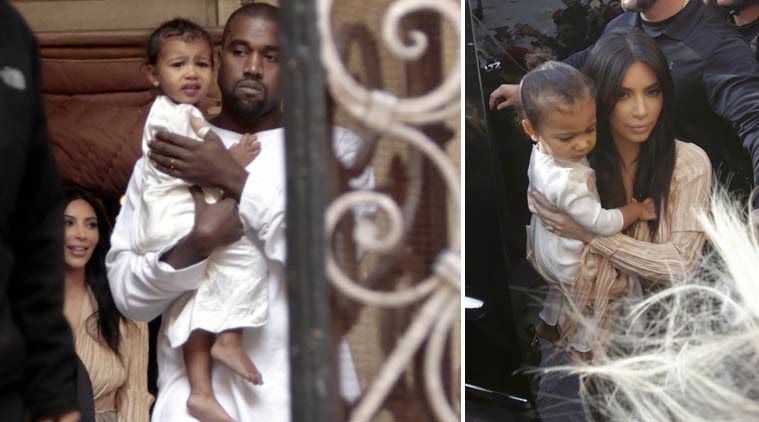 The next day, Monday 13th April, Kanye West and Kim Kardashian travelled to Jerusalem to have their daughter North West Baptised. She was baptised in the Armenian Church of Saint James, within the old walled city, which is supposedly built on the site of the crucifixion. Link
More on the Baptism

The travelling circus that is team West-Kardashian then travelled to Paris.

Also on Monday 13th April 2015, 400  feared drown of the coast of Libya after a migrant boat capsized. 144 were saved! 144, that apocalyptic number from Revelations, 144,000 from each of the tribes of Israel will be saved (except the tribe of Dan). Link

144 killed in Germanwing plane crash
144 saved off migrant boat
1/44 Tuesday April 14, the date the baptism's and boat hit the news.


Meanwhile, California is facing a drought of Biblical proportions. As they supply the whole of the US with a huge percentage of their food, the whole of the US will be effected! And to think that last year, they had so much water they were wasting millions of gallons in the Ice Bucket Challenge...Baptism followed by famine!

So, Sunday Kanye jumps into Swan Lake in Armenia, Monday North West gets baptised in Jerusalem,  also on Monday, over 400 hundred drown of the coast of Libya. One common link. WATER!

Princess Diana's last official engagement before her Murder was to the ballet, Swan Lake, it turned out to be her Swan Song! With any luck Kanye's impromptu performance will be his!

Also, back at the beginning of the year, there was the Charlie Hebdo attack (HOAX), a policeman was shot in the HEAD...allegedly. This happened on January 7, which just happens to be The Synaxis of St John The Forerunner (John the Baptist)  Feast days of John thee Baptist
Sandra Barr