Haiti, The Gold and the UN


The Haiti Earthquake was on January 12, 2010, as we approach the 8 year anniversary I thought I would read up on progress since the earthquake. There is great speculation that this was no natural disaster, that it was very much man made, but I will not be delving into that in this blog.

By this stage it is also well documented who got rich from the disaster, namely the Clintons, who collected millions of dollars for the relief effort, the said millions never made their way to Haiti, but I won't be delving into that either.

Back on July 25, 2012, the web site Mining.com, announced that Haiti had over $20 billion in gold, silver and other precious metals. Extract:

"Now, according to recent reports, a round of exploratory drilling by Canadian and U.S. companies has unearthed valuable metals. These include gold, silver and copper, which may be worth close $20 billion, and is viewed by many as a potential economic boon for this nation."

So, who exactly will be profiting from the supposed $20 billion worth of precious metals?

"Another Canadian company, Majescor, and a small U.S. company, VCS Mining, and their subsidiaries have licenses or conventions for tracts totalling over 750 square kilometres. Altogether, about 15% of Haiti’s territory is under license to North American mining firms and its partners." source

Haiti's then newly installed Prime Minister Laurent Lamothe was keen to get the mining started. The report also states that mining would only be possible with the assistance of UN peace keeping forces deployed in Haiti: Extract:

"Extracting minerals in Haiti has been prohibitive in the past due to many issues, including political instability and resistance to mining companies. But the price of gold has held steady above $1,500 an ounce for the past year and Haiti hosts a U.N. peacekeeping force of 10,000 that will assure some security for the companies – both of which make exploration in Haiti appealing once again".

The UN peace keeping forces were installed in Haiti back in 2004, the official reason for this is outlined in this statement on Wikipedia:

"According to its mandate from the UN Security Council, MINUSTAH is required to concentrate the use of its resources, including civilian police, on increasing security and protection during the electoral period and to assist with the restoration and maintenance of the rule of law, public safety and public order in Haiti.  MINUSTAH was established by United Nations Security Council Resolution 1542 on 30 April 2004 because the Security Council deemed the situation in Haiti to be a threat to international peace and security in the region.  In 2004, UN peacekeepers entered Cite Soleil in an attempt to gain control of the area and end the anarchy"
"In 2004, independent human rights organizations accused the Haitian National Police (HNP) and sometimes MINUSTAH of atrocities against civilians. It is still argued if any, or how many civilians were killed as a by-product of MINUSTAH crackdowns on criminals operating from slums. The UN and MINUSTAH expressed deep regret for any loss of life during operations.
In early 2005, MINUSTAH force commander Lieutenant-Genera Augusto Heleno  Ribeiro Pereiraat testified  a congressional commission in Brazil that "we are under extreme pressure from the international community to use violence", citing Canada, France, and the United States. Having ended his tour of duty, on 1 September 2005, Heleno was replaced by Urano teixeira da Matta Bacellar as force General  commander of MINUSTAH. On 7 January 2006, Bacellar was found dead in his hotel room. The death was considered to be suicide, however later some suspicion of assassination arose."  Source


By the time of the earthquake on January 12, 2010, the UN's mandate to be in Haiti was about to run out, however it was extended to 2012 because of the earth quake, The UN then voted to keep them there until the present, and this year the mandate will come to an end, but it will be replaced by a new mandate, and no doubt protecting the mineral reserves on behalf of the corporations will be part of the new mandate.

So, since 2004 the UN have had a force in Haiti, which just happens to be a neighbor of Cuba, how convenient for the US that UN troops occupy a country that neighbors their enemy Cuba! And how convenient that the 2010 earth quake pretty much gave them a no end date occupation of that country!

Also, recent reports about the plans to mine in Haiti would suggest that it was only recently discovered that the country had billions worth of gold and silver, this has been known from the 1970's, and it was the UN Development Program that discovered in in the 70's.

“the 1970s by the UN Development Program, with some very good results [but the project was not pursued, then] there was a feasibility study done by the Germans [Bundesanstalt fur Geowissenschaften und Rohstoffe (BGR)] in 1980, and there was further drilling done in the 1990s by Canadian junior [mining companies].” Source 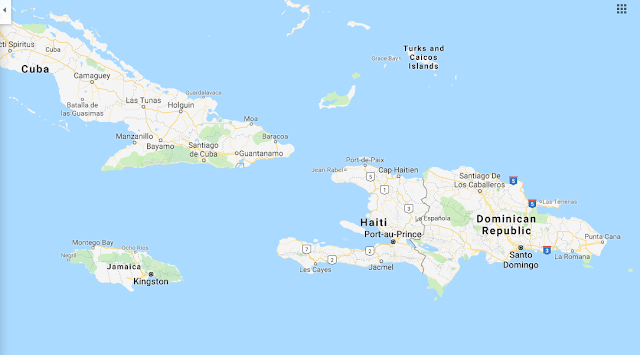 
"For the first time since a cholera epidemic believed to be imported by United Nations peacekeepers  began killing thousands of Haitians nearly six years ago, the office of Secretary General Ban Ki-moon has acknowledged that the United Nations played a role in the initial outbreak and that a “significant new set of U.N. actions” will be needed to respond to the crisis.

The deputy spokesman for the secretary general, Farhan Haq, said in an email this week that “over the past year, the U.N. has become convinced that it needs to do much more regarding its own involvement in the initial outbreak and the suffering of those affected by cholera.” He added that a “new response will be presented publicly within the next two months, once it has been fully elaborated, agreed with the Haitian authorities and discussed with member states.” Source

The source of the waterborne disease, which killed more than 9,000 people, was traced to a UN base.
Al Jazeera's Fault Lines investigated the outbreak in 2010. The film Haiti in a time of cholera - helped further expose the source of the disease on the island, and put additional pressure on the UN to investigate the allegations, and eventually admit its role in the outbreak. Source

The stated purpose of the UN troops in Haiti at that time was to help people, but now it would seem that they were hard at work finishing of survivors! Despite there being no doubt that the outbreak came from a UN base, the UN are not liable, your cannot sue them for damages, they have total impunity, the law does not apply to them!

So why the all out assault on Haitians? Could it be anything to do with Haiti being right beside Cuba? Remember the mining is to be in the North of Haiti which is the where Haiti s closest to Cuba.
In 2013, just before Hillary Clinton began her run for President, it was revealed that her brother Tony Rodham was on the advisory Committee of one of the mining companies involved. Source

As far as I can gather, mining in Haiti has not yet began, and this is thanks to the efforts of Haitian environmentalists. In 1492 about 90% of Haiti was covered in trees, currently under 2% of the country now has trees, this has left their already fragile environment in a precarious position, and experts are concerned about the water being contaminated among other things. Extracting the precious metals could leave the North of Haiti a barren waste land, probably perfect for a big military base, but no so perfect for human habitation.

In this short blog I have only scraped the surface as to what is really going on in Haiti, for over a decade now there appears to have been an all out assault on the people of that land, and given its location and vast resources, I am afraid I can only see further depopulation exercises in Haiti, no doubt the UN will be assisting further in that exercise!