Sergi Skripal: Who Done It?

On March 4 , 2018, ex Russian agent and MI6 asset, 66 year old Sergei Viktorovich Skripal  and his 33 year old daughter Yulia were found on a park bench in Salisbury, allegedly an unnamed female doctor just happened to be passing the bench and realised there was something wrong, the daughter appeared unconscious and slumped against the Father, he was incoherent and making odd hand gestures, waving towards the sky. It has since been reported that they were poisoned with a Russian nerve agent Novichok (A-234)

Porton Down is one one of the governments most secretive bases, from Wikipedia:

Porton Down is a United Kingdom Science Park situated just northeast of the village of Porton near Salisbury, in Wiltshire, England. It is home to two UK Government facilities: a site of the Ministry of Defence's  Defence Science and Technology Laboratory (Dstl) – known for over 100 years as one of the UK's most secretive and controversial military research facilities, occupying 7,000 acres (2,800 ha) and a site of Public Health England , it is also home to other private and commercial science organisations, and is expanding to attract other companies.
The site is commonly confused with the nearby chemical-biological-radiological-nuclear (CBRN) training facility, the Defence CBRN Centre at Winterbourne Gunner.

Above is a Tweet from the Russian Embassy , and they believe the offending nerve agent was manufactured a good bit closer to the scene of the crime, Porton Down is just over 5 miles from Salisbury. 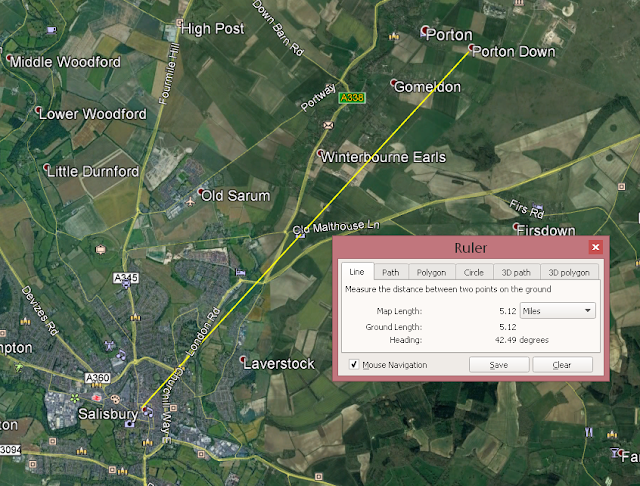 Sergie Skripal was a highly trained Russian Agent, in 1995 he was recruited by MI6 in Spain, his code name was "Forthwith". During his time feeding them info he revealed the identities of 300 undercover Russian agents. He rose to the rank of Colonel before the Russians caught onto him in 2004, he was given a 13 year sentence for espionage and treason. Various news reports have described him as a highly valued, and HIGHLY PAID MI6 agent.

In 2010, British Intelligence services appealed to the Russians to release him, and he was released under a spy-swop program. He arrived in Britain in 2011 and immediately became a home owner in Salisbury, it is not on the record where he came by the money to buy a house, he later became a UK Citizen, he drove a top of the range BMW, and no reports mention how he survived financially in the UK.

So! The Russians had him under lock and key for 6 years, he had diabetes, so at any time during his incarceration they could have bumped him off and made it look like a natural death, they did not, they released him to the British. Between 2004 when he was accused of being a double agent, and 2010 when the Russians handed him over to the British, the Russians treated him well and made no attempts on his life.
On Oct 23, 2012 his wife Liudmila died from cancer, and in July 2017 his 43 year old son Alexander died suddenly while visiting St Petersburg, one report says liver failure, another a car accident. Both are buried in Salisbury. In 2016 his older brother also died. His only surviving family member was his daughter Yulia. Source
Mirror journalists Will Stewart and  Chris Kitching have been investigating the death of Alexander Skripal, and so far they have found no evidence he did die in St Petersburg or anywhere else! They also appear to be suspicious about the death of Sergei's wife: LINK
Now who would want him dead? He betrayed the Russians and gave MI6 all the information that he had access to,  but they could of killed him at any time while he was in Russia, they did not, so what secrets did he not reveal? He did not reveal the identities of his MI6 handlers, and living in Northern Ireland I know only too well how MI5 & MI6 dispose of their "assets" when they are finished with them, dead men don't talk! Of course if MI6 done it, they would have to make it look like someone else done it, they could of had him suicided, or some other means that would of made it look like a natural death, but they chose not to, Sergi only had one family member left, his brother, wife and son were already dead, there was just him and his daughter left, what if he had revealed details to her about his work with MI6? it would seem she had to go as well, and the UK establishment do like to keep the Cold War on the back boiler, so they literally killed two birds with the one stone. Informer who has outlived his usefulness gone, and Russia public enemy number one again, the whole thing is being played out like a pantomime!

One of the pieces I read today mentioned that a Russian diplomat had commented that if they had wanted him dead, then he would be dead, Sergei and Yulia are of course still alive, albeit in a very critical condition.

Now, there is another possible scenario, here is the time line of events:

March 3 around 14.40 Yulia arrived from Russia
March 4 @ 13.40 Sergei parked in Sainsburys car park
Him and Yulia went to The Mill Pub for a drink
at 14.20 they arrived at Zizzi restaurant for lunch
15.35 they departed Zizzi restaurant.
15.47 they were captured walking through a Shopping Mall.
16.15 found on Park bench. 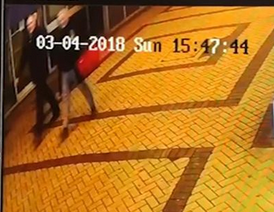 The CCTV pic was taken at 15.47, 28 minutes later at 16.15 they were slumped on the park bench, like exactly how long does it take for Novichok to take affect? Traces of it have apparently been found in Sergei's home and all the places they visited, so how long between poisoning and them becoming unconscious? Is it not somewhat unusual that they both seemed perfectly well and able, then bang they both succumb to the affects of the poisoning at exactly the same time?

Furthermore, I find something very odd about the CCTV pics, they appear to both look at the camera at the same time and then smile! Almost like they wanted to be sure full face images were captured? The country is full of CCTV cameras, who looks at them and then smiles? And what are the chances of two people walking together seeing a camera at the same time, then both looking directly at it and smiling?

Is it possible that the whole thing is a charade to get a good old row going between Russia and the UK? As I said previously, they do like to keep the cold war on the back boiler, the parasites feed of fear, so they create it at every opportunity, and a fearful populace is easier to control, and less rational. Having said that, most people seem to be treating this entire episode as a joke given the whole thing is so ludicrous!

Also worth mentioning, the Russians and US have developed electromagnetic weapons that can cause heart attacks, and the victim appears to have died by natural means, which begs the question, when this sort of technology is available, what agenda exactly is being played out when they are supposedly attacked with with a nerve agent used by Russia decades ago? "remote control heart attacks"

I have also been looking at the numerology and esoteric importance of the area the whole thing unfolded, but that's for another blog. 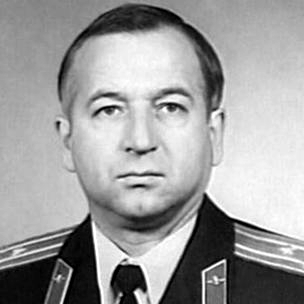 Sergi in his Russian uniform, he betrayed his country and he betrayed over 300 of his work colleges, clearly he had not demonstrated that he was a trustworthy person, he was useful to MI6, but at 66 years old, and no longer having access to Russian secrets had he outlived his usefulness?

All for now: Sandra Barr
Update 20 Jun 2020: In light of the BBC series about the Skripal poisonings, Kit Knightly has outlined just a few of the things the BBC left out: LINK